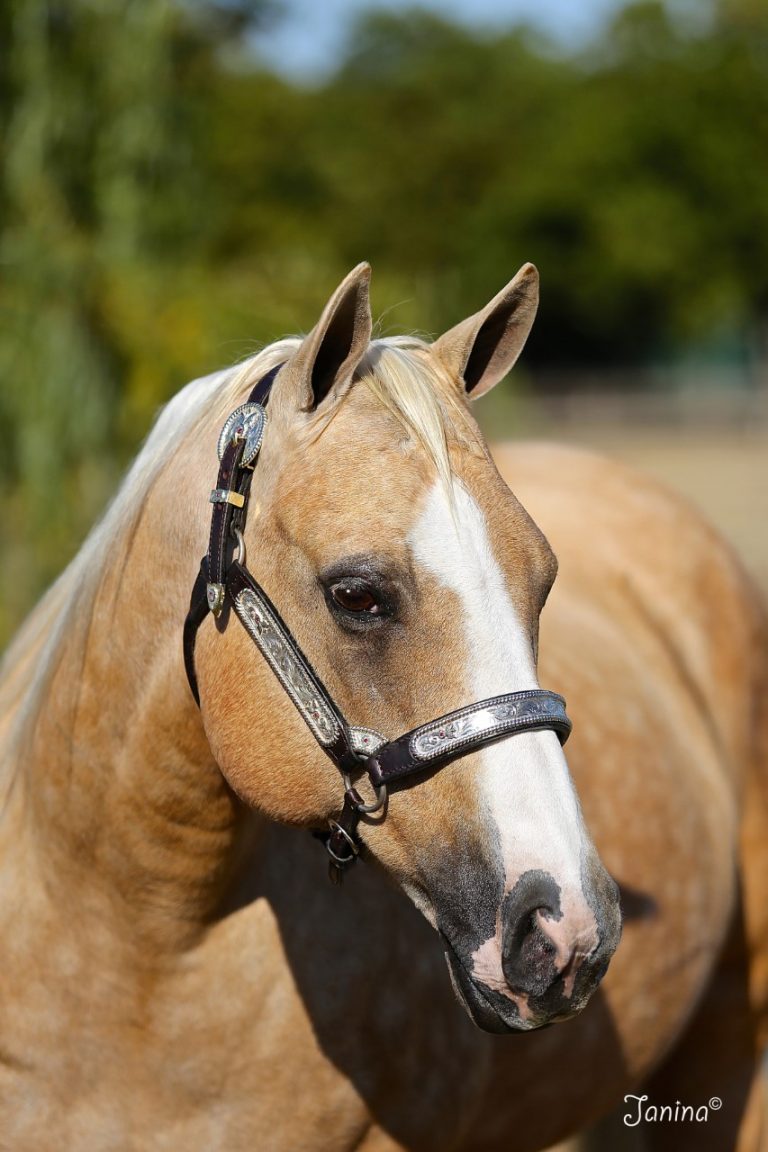 The 19-year-old mare by Shining Spark out of Ebony Whiz (by Topsail Whiz) crossed the million-dollar threshold thanks to the combined efforts of Shine Spook Shine (by Smart Spook) and Warwick Schiller at Reining By The Bay, Smart Spook Shines (by Smart Spook) and Shauna Larcombe at One HOT Reining – HOT Summer Slide, as well as Hang Ten And Shine (by Hang Ten Surprize) and Rieky Young at the NRHA European Derby Open finals.

“The beautiful palomino has brought me much joy as a broodmare and many people happiness and success as a performance horse producer,” the mare’s current owner, Rosanne Sternberg, of Sterling Ranch, said in a statement. “I look forward to her offspring continuing to win and maybe reaching the second million with her!”

Bred by Bob Loomis, Ebony Shines earned about $25,000 in reining with Jerry Fowler in the saddle. Their top placing was the 2004 NRHA Derby Level 2 Open Championship and Level 3 Open Reserve Championship. They also competed at the National Reining Breeders Classic (NRBC) and South Country Derby.

In addition to being an NRHA One Million Dollar Dam, Ebony Shines also is an Equi-Stat Elite $1 Million Producer. In total, her 17 performers have won $1,008,043 for average earnings of $59,297. Although the vast majority of her progeny’s earnings are in reining — and 16 of her performers are NRHA earners — Ebony Shines’ get also have won money in working cow horse.

Sternberg, who bought the mare 10 years ago from Howard Mann of Manntana LLC, said she liked the mare’s maternal bloodline and thought the palomino would be a perfect cross for her stallion, Equi-Stat Elite $5 Million Sire Smart Spook.

“Apart from a couple of her foals, I have owned or raised all her offspring and have watched her produce great performance horses, one after the other,” Sternberg said. “Her foals have gone to South America and Europe and several have become legends in reining, including Shiners Chic, the second-highest money-earning Smart Chic Olena offspring at $295,247, still showing after 10 years of competition; NRHA Open Futurity Co-Champion Shine N Spook; and several other remarkable show horses.”